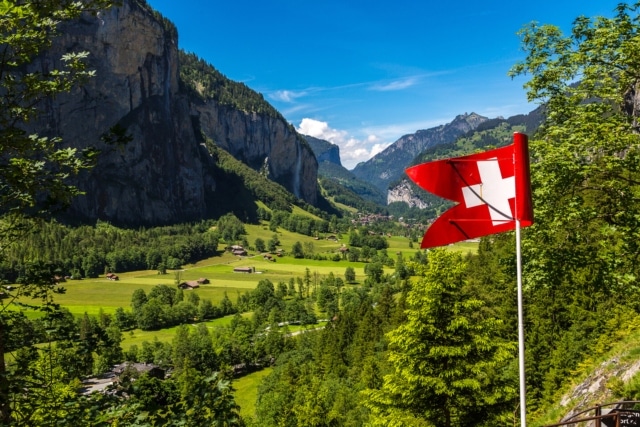 Switzerland is a mountainous Central European country, home to numerous lakes, villages and the high peaks of the Alps. Its cities contain medieval quarters, with landmarks like capital Bern’s Zytglogge clock tower and Lucerne’s wooden chapel bridge. The country is also known for its ski resorts and hiking trails. Banking and finance are key industries, and Swiss watches and chocolate are world renowned. In this article we want to talk about best universities in Switzerland and Switzerland university rankings so read the entire article.

ETH Zurich is one of the world’s leading universities in science and technology and is known for its cutting-edge research and innovation. It was established in 1855 as the Swiss Federal Polytechnic School, and a century and a half later the university can count over 20 Nobel Prize laureates as alumni, including the great Albert Einstein himself.

The university, commonly known as Swiss Federal Institute of Technology Zurich, has 16 departments that offer academic education and conduct scientific research in subjects ranging from engineering and architecture to chemistry and physics.

Education at ETH Zurich combines solid theory with practical application, and most degree programs build on strong mathematical foundations. For undergraduates the main teaching language is German, while most master’s programs and doctoral studies are in English.

Located in Zurich, Switzerland’s largest city, ETH Zurich is largely based on a modern main campus built on a hill in the outskirts of the town. Students at ETH have twice as many lectures as those at other Swiss institutions, but can still attend regular exhibitions, plays and concerts, as well as take advantage of the regular symposia and conferences on campus, where some of the best minds in science come to speak.

The École polytechnique fédérale de Lausanne (EPFL) is a research institute and university in Lausanne, Switzerland, specializing in the natural sciences and engineering.

Its roots can be traced back to the foundation of a private school in 1853, which to start with only had 11 students. Those days are long gone though, with the modern day EPFL one of two Swiss Federal Institutes of Technology and student numbers in Lausanne now totaling over 10,000.

Located in the French-speaking part of Switzerland, EPFL is twinned with the Swiss Federal Institute of Technology in Zurich (ETH Zurich). As part of its research and teaching activities, EPFL is one of the only universities to run a nuclear reactor, a fusion reactor, a Gene/Q Supercomputer, and have P3 bio-hazard facilities.

EPFL has a very singular admissions process, which, for would-be undergraduates who are Swiss nationals, is not selective at all. At the end of freshman year, however, a block exam determines whether students can continue or have to repeat the year, with many home students dropping out entirely at this point.

Founded in 1833, the University of Zurich is Switzerland’s largest university. It is ranked:

Discover the University of Zurich’s performance in the QS World University Rankings by Subject in more detail here.

Originally founded as a theological seminary and law school in 1959, the University of Geneva is considered to be one of the best 100 universities in the world. The third-largest university in Switzerland in terms of student numbers, it has a sizeable international population. Almost 40% of the university’s students come from abroad. The university is located in several buildings across Geneva as well as the nearby city of Carouge, with lectures given in six different locations.

The University of Bern offers top quality across the board: it enjoys special recognition in leading-edge disciplines, is reputed for the excellent quality of its teaching, offers a delightful setting, and a campus environment intimately linked to the social, economic and political life of the city. The university’s comprehensive offering includes 8 faculties and some 160 institutes that date back to the XVIth century. Its academic and research organisation prides itself on its interdisciplinarity, exemplified by its five National Centres of Competence in Research: International Trade Regulation, TransCure (Membrane Transport Research), MUST (Molecular Ultrafast Science and Technology), PlanetS (how planet systems are formed and how they develop) and RNA and Disease. The university is actively involved in a wide range of European and worldwide research projects, notably in the field of space research. The city of Bern is listed among the cities that offer the best quality of life in the world: the people of Bern are welcoming and peaceable, and the old town of Bern, nestling in a breath-taking setting surrounded by the Swiss Alps, is listed as a UNESCO world heritage site.