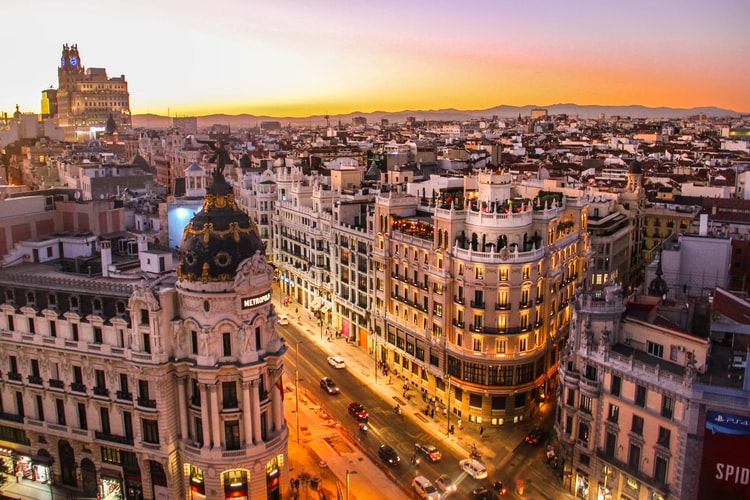 Spain, a country on Europe’s Iberian Peninsula, includes 17 autonomous regions with diverse geography and cultures. Capital city Madrid is home to the Royal Palace and Prado museum, housing works by European masters. Segovia has a medieval castle (the Alcázar) and an intact Roman aqueduct. Catalonia’s capital, Barcelona, is defined by Antoni Gaudí’s whimsical modernist landmarks like the Sagrada Família church.In this article we want to talk about best universities in Spainand Spain university rankings so read the entire article.

The Universidad Autónoma de Madrid is the first Spanish institution and the third European university according to the QS Ranking of the World’s Top 50 Universities under 50 years old. Founded in 1968, this university offers an extensive range of studies, organized into eight schools, as well as several affiliated centers, like the Red Cross Universitary School of Nursing and the ONCE School of Physiotherapy.

With more than 25.000 students and 3.000 academic staff members, this university has two campus: the prestigious Faculty of Medicine, close to Madrid´s La Paz Hospital, and the Cantoblanco Campus, which is situated 15 km to the north of Madrid, immersed in nature. In addition, this campus has an excellent connection with the city center, including a train station, with direct line to Puerta del Sol in 20 minutes. It has, as well, several services buildings, like a sports complex, Music and Language Learning centers, student residences and a Doctoral School.

Besides its great studies offer, this university has an ambitious employability plan and numerous agreements with other institutions, inserted in the framework of the Campus de Excelencia UAM-CSIC. Thereby, research excellence areas like Mathematics, Nanotechnology and Theoretical Physics have earned a prestigious international reputation.

The Universitat de Barcelona, founded in 1450, is a comprehensive higher education institution that presents deep academic tradition coupled with frontier scientific knowledge. It is located in the city of Barcelona, one of the main cosmopolitan hubs in the Mediterranean and indeed in Europe. The University of Barcelona’s sixteen centres, clustered into six main campuses, are spread over the city and completely integrated into the urban life. Thus the majority of which are located within the city itself. The city itself becomes the campus of the University.

Universitat Autònoma de Barcelona (UAB) is known for its excellence in research and quality in teaching, holds a leading position in the most prestigious and influent international university rankings and is a reference centre in Europe. The UAB is located only 25 minutes via public transportation from Barcelona’s city centre, a cosmopolitan metropolis lying on the shores of the Mediterranean Sea. The main campus is located in Bellaterra, in the heart of one of the main industrial and technological poles of Mediterranean Europe.

The campus is a true city of knowledge with almost 50,000 inhabitants: students, lecturers, researchers and administrative staff. It is organised with all the necessary services for the university community: residence halls (2,100 places), specialised libraries, a language learning centre, sport facilities (with a gym, pools, football pitch, etc.), healthcare centre, restaurants, stores and cafés.

Universidad Complutense de Madrid was founded in 1293 and has grown to become the biggest university in Spain, with 90 degrees, more than 170 oficial masters and more than 170 postgraduate programs. All the careers are instructed in Spanish, but there are several careers that offer a group instructed in english.

Based in the heart of the Spanish capital, UCM benefits from excellent transport links, lower living costs for students and an incredible arts scene and nightlife. Madrid, which came in joint 32st place in the QS Best Student Cities 2019, is generally considered to be very safe with lower levels of pollution than other European capitals.

UCM has a very diverse student body, with 80 nationalities represented on campus, thanks in part to agreements with universities abroad and the Erasmus scheme. To cater to its international community, UCM’s International Welcome Center provides information on a number of topics such as the admissions procedure, securing accommodation or even working in Spain. International students also have access to Spanish lessons at the Centro Complutense de Español.

The University of Navarra in numbers

One of the differential values of this university is the teaching quality, understood as the constant formation of our teachers in order to offer students the best education possible. For this reason 86, 6% of our Teachers are PhD’s and 13% of them are from outside Spain.

Investigation on the University of Navarra

At the present time, we have 9 research facilities in the University of Navarra. University Clinic of Navarra, Center for Applied Medical research, applied Pharmacobiology, Modern and Contemporary History, Technical investigations of Guipúzcoa, Biomedical investigation and Development, Nutrition and Bioengineering, Institute of Topical Medicine, Institute for Culture and Society.