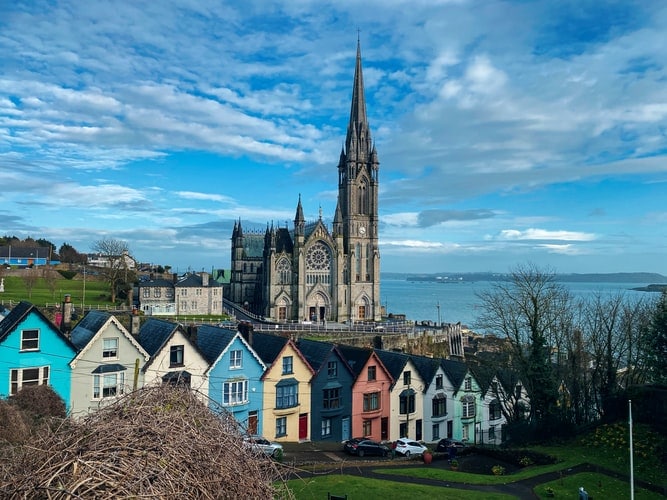 Ireland is an island in the North Atlantic. It is separated from Great Britain to its east by the North Channel, the Irish Sea, and St George’s Channel. Ireland is the second-largest island of the British Isles, the third-largest in Europe, and the twentieth-largest on Earth. In this article we want to talk about best universities in Ireland and Ireland university rankings so read the entire article.

Trinity College Dublin is recognised internationally as Ireland’s premier university and as one of the world’s leading research-intensive universities. Founded in 1592 on the general pattern of the ancient colleges at Oxford and Cambridge, it is the oldest university in Ireland and one of the older universities of Western Europe. Students benefit from a scholar teacher model where they have the opportunity of being taught by world-leading experts in their field. Trinity College Dublin’s 47 acre campus is situated in the centre of Ireland’s capital city, where cobbled squares, historic buildings and playing fields stand alongside state-of-the-art facilities such as the Science Gallery, the nanoscience research centre (CRANN), the Long Room Hub Institute for Arts and Humanities, the Biomedical Sciences Institute, and The Lir Academy for Dramatic Art. Its Library contains 5 million volumes and an extensive collection of manuscripts, the most famous being the Book of Kells. Today Trinity has a vibrant international community of almost 17,000 students, 92,000 alumni and 2,860 members of staff. The student population represents 122 nationalities. The university also prides itself on attracting academic staff from all over the world.

University College Dublin is one of Europe’s leading research-intensive universities and is ranked within the top 1% of higher education institutions world-wide. In the 2019 QS World University Rankings by Subject, UCD has six subjects ranked in the top 50: Veterinary Science (26), Library & Information Management (38), Nursing (44), English Language and Literature (49), Sports-related subjects (50), and Engineering – Mineral & Mining (50). The University also has 14 subjects in the top 100 and 35 in the top 200.

In 2019, for the second year in a row, UCD was ranked number one in Ireland for graduate employability and 74th in the world, in the QS Graduate Employability Rankings.

UCD is Ireland’s most globally engaged university with over 8,000 international students among 30,000 students drawn from over 138 countries, including 5,500 students based at locations outside of Ireland. The University’s main Dublin campus occupies an extensive parkland estate of more than 130 hectares and offers world-leading facilities including the

UCD O’Brien Centre for Science, UCD Sutherland School of Law, UCD Lochlan Quinn School of Business and UCD Student Centre. The campus offers students access to a thriving, English-speaking European capital city, which is among the safest in the world and is renowned for its welcome as much as it is for its vibrancy.

The University was founded in 1845 as Queen’s College Galway. It was one of the three Queen’s Colleges founded under the Queen’s Colleges (Ireland) Act, 1845, the others being located in Belfast and Cork. The College opened for students on 30th October 1849.By the Irish Universities Act (1908), Queen’s College Galway became a Constituent College of the new National University of Ireland, and under a new Charter the name of the College was changed to University College, Galway.In 1929, the College was given a special statutory responsibility under the University College Galway Act in respect of the use of the Irish language as a working language in the College. Under the Universities Act, 1997, University College, Galway was reconstituted as a University, under the name of Ollscoil na hÉireann, Gaillimh / National University of Ireland, Galway, and became a Constituent University of the National University of Ireland (together with NUI Dublin, NUI Cork and NUI Maynooth).Since the 1960’s the University has experienced significant and continuous growth, both in its stock of buildings, facilities and physical resources and also in the numbers of its students and staff. Its total student enrolment during 2004/2005 academic year was over 15,000 (including students from over 40 countries), with academically strong programmes of teaching and research throughout its seven Faculties, namley Arts, Science, Commerce, Engineering, Celtic Studies, Medicine & Health Sciences, and Law.

University College Cork, a world-class university, was founded in 1845 and combines a rich tradition of teaching, research and scholarship.

UCC is unrivalled in the quality of its academic programmes. Its courses are internationally recognised and some 20,000 students take its undergraduate and postgraduate programmes. International students are part of a dynamic, multi-cultural community of scholars, academics and professionals. UCC enjoys a global reputation which draws 3,000 students from over 100 countries across the world.

Situated in Cork, Ireland’s second city, UCC is the comprehensive globally-orientated research led university of the south of Ireland, providing a full range of internationally recognised programmes across all disciplines. UCC researchers work at the leading edge of high-impact academic scholarship, innovation, commercialisation, and industry collaboration.

We place an equal emphasis on academic rigour and practical application with many courses including work placements and industry input. It’s why we have a high post graduate employment rate of between 85-90% and it’s how we create graduates that are work ready and world ready.

Dublin City University (DCU) is Ireland’s university of Enterprise. Situated on an 85 acre active and rewarding campus, which is full of student life, sports and leisure facilities, DCU has grown rapidly in scale and performance since being established as a university in 1989. With the city just a 10-minute bus drive away, students of DCU have the best of both worlds; the social and cultural benefits of city life, but with the security and vibrancy of a university campus built very much for today. DCU prides itself on delivering excellence across all of its activities. DCU, with a student population of almost 11,500 and close to 2,000 non-Irish students from 116 different countries, is recognised as centre of academic excellence in education and research. The university is young, vibrant and voted as Sunday Times University of the Year 2010. Unconventional by nature, DCU broke with the traditional mould and introduced new approaches into the Irish education system. With a focus on enterprise and a determination to hold the position as Ireland’s most innovative and market driven university, DCU has created a unique position for itself in Ireland. It promotes research and encourages entrepreneurship through a state of the art