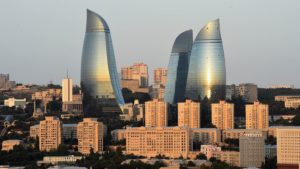 Azerbaijan, the nation and former Soviet republic, is bounded by the Caspian Sea and Caucasus Mountains, which span Asia and Europe. Its capital, Baku, is famed for its medieval walled Inner City. Within the Inner City lies the Palace of the Shirvanshahs, a royal retreat dating to the 15th century, and the centuries-old stone Maiden Tower, which dominates the city skyline. In this article we want to talk about best universities in Azerbaijan and Azerbaijan university rankings so read the entire article.

Baku State University (founded 1919) is one of the leading educational institutions in Azerbaijan. BSU’s activities historically cover a broad spectrum and utilise extensive international contacts in the sciences. Concurrently the university has 37 scientific research and teaching labs, which cover both the natural and humanitarian spheres.  BSU offers 17 majors, these being bachelors, masters and PhD degrees. The BSU community is composed of successful researchers who have produced substantial bodies of research in their specific areas. BSU is also a multicultural place of learning, enjoying a strong national and ever-increasing international reputation for producing well-prepared graduates. BSU is a member of various esteemed associations and institutions, including the Association of Universities of Eurasia, Association of Universities of Caspian Sea States, Association of Universities of the Black Sea States, the Association of European Universities, etc.