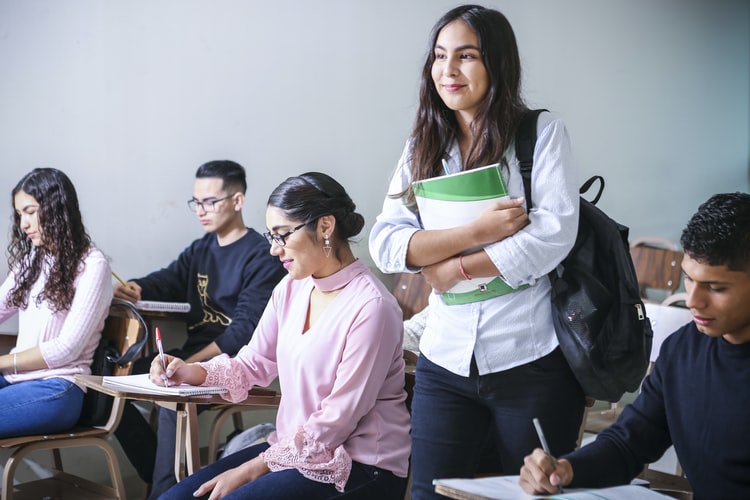 “Winning just one scholarship is impressive – but this student was ultimately awarded 22 scholarships, totaling over $100,000 throughout the five years she attended college.” Talking about a scholarship success story.

Shay Spivey’s story is truly an inspiring one especially for students out there who are actively looking for ways to pay school. Shay had big dreams of going to college and having a degree but having no finances to support her passion, she had to get creative. Spivey’s scholarship story is unique since she began her search for scholarship and a degree when she was 30 being a single mother. Her full-time job and small children were just many reasons to delay her dream but she was not the one to give up. According to Spivey “It takes hard work to become a $100k scholarship winning success story.”

While working her full-time job, she began to utilize her lunch hours and all of her spare time researching her to pay for school. “The first year, I spent my lunch hours and evening applying for scholarships. I had a goal to apply for one scholarship a day, sometimes one a week.” She gave this process a year and in the meantime she discovered Fastweb.

According to Spivey, “I found that Fastweb was the number one site I’d use – the majority of my scholarship search was done with Fastweb.”

Spivey’s scholarship search wasn’t easy. Spivey applied for her first scholarship and details, “I put everything I had into it – my essay was tailored and I worked hard on the application. It turns out I didn’t get it and I was heartbroken. But, it started me on the path of how to apply for scholarships. I did that one, so I figured I could do others.”

That first year, Spivey applied for a total of 67 scholarships, receiving decline letter for most of them.  But these rejection letters gave her perspective and motivated her even more since by now she had a feel of the whole process, so there she was still trying. That first year, her dedication and efforts paid off. Spivey was awarded $18,500 in scholarships to attend school and, because many of the scholarships she applied for were specifically for single parents, working mothers, and adult students, she was able to add to her income with the additional award amounts she won for things like childcare, housing, etc. after paying for her tuition.

Spivey was ultimately awarded 22 scholarships, sum of $100,000 during the five years she was at college, in addition to the Federal Pell Grants and the Indiana State Frank O’Bannon Grant Higher Education Award.

Now Spivey shares some of her secrets. Besides her effort, time and high spirit she did have a couple of tips to share. Spivey recommends a binder method. Basically, she would keep all of her applications, recommendation letters, transcripts and anything else necessary to applying for scholarships organized within a binder, which she took everywhere that first year.

She said: “Most scholarships asked the same question(s), so I kept my personal essay and reused it, tailoring it to each of the scholarships I applied for. The number one organizational tip I’d say is to keep a three-ring binder with copies of transcripts, letters of recommendation – everything I needed to apply for scholarships I kept in that binder. I checked Fastweb every day and, whenever there was a new scholarship opportunity, I was able to quickly put all of the pieces together.

She’d request that her letters of recommendation be addressed generally because “the majority of scholarships will take a general letter that speaks to your character and I was able to take one letter, make 20 copies and use it for multiple scholarships.”

She also thinks that personal essay is the easiest, since about your story. In addition, she recommends that after winning a scholarship, a good communication is very critical to maintaining the scholarship.

Spivey was able to pay for five years of her education plus childcare cost and housing, winning more than $100k. After finishing school, she now has both her bachelor’s and master’s degrees in social work, which she uses to help people with mental health and addictions counseling.

After people began to hear about Spivey’s scholarship success story, they began to seek her out for help. So she started doing counseling. That is what led her to write her guidebooks and organize various workshops for students, to help them in the search for financial aid. Spivey now teaches scholarship workshops in partnership with schools and organizations that help disadvantaged students access higher education.

Truly an amazing story especially for some us who need a push and need to be more disciplined and high spirited!!!