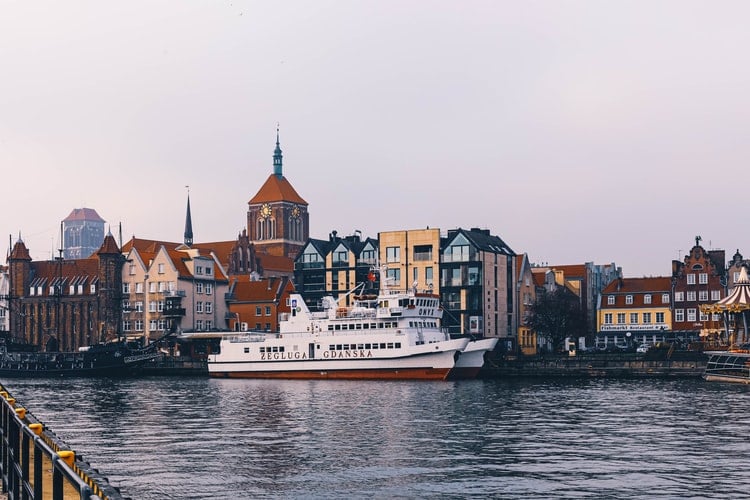 Poland is one of the largest countries in Central Europe with a total territory (comprising land area, internal waters and territorial sea) of 322,575 square kilometers. Situated on the Baltic Sea, Poland has a coastline of 770 kilometers and is bordered by Germany, the Czech Republic, the Slovak Republic, Ukraine, Belarus, Lithuania and the Russian Federation. Poland’s terrain is comprised largely of lowlands traversed by its main river, the Vistula, with lakes, rivers and marshes across the northern and central regions, and several mountain ranges, including the Tatras, in the south. Poland has more than 90,000 square kilometers of forest (approximately 30.1 percent of Poland’s total land area) and 140,000 square kilometers of arable land (approximately 44.1 percent of Poland’s total territory).

With a population of approximately 38.1 million, Poland is also one of the most populated countries in Central Europe. Population density is estimated at approximately 122 persons per square kilometer, with approximately 61.1 percent of the population living in urban areas. Warsaw, the capital of Poland and its largest city, has an estimated population of 1.7 million. Sixteen other urban centers each have populations in excess of 200,000. In this article we want to talk about best universities in  Poland and Poland university rankings so read the entire article.

University of Warsaw (UW) is the leading university in Poland and an important, internationally recognized research centre, featured by prestigious international rankings. Founded in 1816, the University of Warsaw has a long tradition to build on, with its graduates including recognized scholars and writers, also Nobel Prize winners. UW strives to combine it with modernity, of which a good example is a growing offer of interdisciplinary programmes, offered also in English (BA, MA and PhD programmes), or the construction of the Centre of New Technologies to support academic research. Active international cooperation is one of the main objectives of the UW strategy, which makes it actively participate in the Erasmus+ and Erasmus Mundus programmes through around 1500 bilateral agreements. The University of Warsaw consists of 20 faculties and 30 other independent teaching units. With almost 50 000 students and 3600 academic staff, the University of Warsaw is also the biggest Polish higher education institution. Currently, there are 18 MA programmes offered fully in English (i.e.: Psychology, Applied Petroleum Geosciences, Archaeology, Chemistry, International Economics, Environmental Management, European Administration, Quantitative Finance, Humanitarian Action, Security Studies, International Business Programme, International Relations, Journalism and Communication Studies, Political Science), apart from programmes in other languages.

The Jagiellonian University, as one of Polands best institutions of higher education and the second oldest in Central Europe, occupies an important position on the academic world map. The Jagiellonian University is a public higher education institution, a self-governed university, which comprises 15 Faculties, where 4 thousand academic staff conduct research and provide education to almost 50 thousand students, within the framework of more than 87 different fields of study. The eminent researchers and state-of-the-art infrastructure make the JU one of the leading Polish scientific institutions, collaborating with major academic centres from all over the world. The Jagiellonian University is also home to about 150 student societies, where young researchers pursue their academic interests and develop friendships with people who share their passion. The Jagiellonian University attracts more and more international students for whom programmes are run in foreign languages. The European Credit Transfer System (ECTS) has been implemented in all courses and specialties, enabling trouble-free linking of studies at UJ with studies in other European countries.

Warsaw University of Technology is a research intense, doctoral level academic institution focused on undergraduate and graduate programs almost exclusively in engineering and applied sciences. With over thirty thousand students served by over two thousand professors and instructors, Warsaw University of Technology is the largest and the highest ranking engineering university in Poland. The origins of Politechnika Warszawska – Warsaw University of Technology – date back to 1826, the official commencement of educational programs in engineering in our institution. There are seventeen departments/faculties covering almost all fields of engineering and applied science. Sixteen of these faculties are based on two urban campuses in the capital city of Warsaw, and one faculty in the ancient city of Płock in north-central Poland. The international position of Warsaw University of Technology is supported by the offer of full B.Sc and M.Sc. study programs in English, run currently at 9 Faculties. These courses are basically aimed at foreign students but they are also available for Polish students who want to broaden their abilities and improve their chance in the world labour market. For students who come from overseas countries, WUT Centre for International Cooperation has opened International Students Office which is there to help…

Adam Mickiewicz University in Poznań is one ofthe top three Polish universities. Its reputation is founded on traditionlasting over 405 years, the outstanding achievements of the faculty and theattractive curriculum offered to students. The 16 faculties and independentdepartments of  AMU offer opportunitiesto study in over 55 major fields. In recent years the educational offer hasbecome increasingly diverse.

The University recognizes its role as astrategic social partner in Central Europe, and therefore aspires to contributeto the region’s economic growth, social development and environmentalsustainability. The University prides itself on its achievements and aligns itsprinciples with those of the Great Charter of European Universities. Itpromotes pro-European ideas and actively participates in the internationalacademic community, seeks to implement joint research and educational programs.It aims to strengthen ties with the European Union Member States and embarks onnew initiatives conducive to cooperation with the countries of Europe. Among its more than one hundredhonorary doctors are Nobel Prize winners: Maria Curie-Sklodowska and WisławaSzymborska, Javier Solana, and Pope John Paul II

AMU in numbers: over 3,000 faculty members includingover 750 professors and associate professors, more than 150 visiting lecturers,over 43 000 students including over 800 incoming students from abroad, 60 post-graduate non-degree programsof study, nearly 300regular courses on a variety of subjects taught in English, and some in Frenchand Spanish (among others); over 550 research projects funded by the Polish Ministry of Science andHigher Education and other science agencies and participate in 40 internationalresearch projects. Moreover, the university has entered into about 250partnership agreements with academic institutions all over the world and is amember of many research international groups and collaboration and mobilitynetworks (Santander Group or Compostela).

AGH University of Science and Technology

AGH is one of the best and most highly renowned technical universities in Poland, and frequently features in lists of country’s top-ranking institutions. The university educates students to be honest, responsible individuals both at work and as the members of society. AGH is home to approximately 25,000 full-time students, including 1,000 doctoral students and 2,200 post-graduate students. The teaching faculty of 2,000 includes 170 full professors and 260 associate professors. AGH is situated in Krakow, Poland’s former capital, a leader in Poland’s academic, cultural and artistic life, and one of its most important economic centres.